Neveplast is happy to announce that it took residence into a new headquarter. We moved to a space of 2600 square metres. For the first time since Neveplast foundation, management, sales and administration and the warehouse are housed in the same building. Neveplast, since the time of its foundation 20 years ago, has changed four sites. Until recently management and administrative offices had been separated from the warehouse, where product is handled and prepared for shipment. As consequence of the positive general growth of Neveplast in the last 10 years, to which also an increase of headcounts has followed (today the company counts 15 employees), it had become more and more advisable, in a strategy of business optimization, that the two entities (offices and warehouse) should communicate in a faster and more direct way. The new location now guarantees a greater control and higher interaction between the two units. The site, situated in a 1400 m2 building, has been completely restructured and renewed according to Neveplast style: at the base floor the warehouse, with an extension of around 1000 m2, at the first floor the management and commercial offices, the reception, the studio dedicated to engineers and 3 meeting rooms. A fantastic terrace (130 m2) is waiting for you at the official opening which is planned for Spring 2019. On the roof top the flake and the Neveplast sign are present, both illuminated, shining now also in the night. 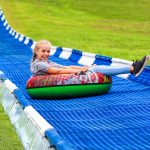 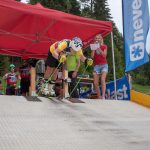 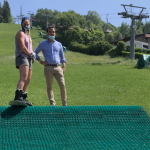