NEVEPLAST & SKISTAR Team Up: in the heart of Stockholm Neveplast eco-friendly ski slope 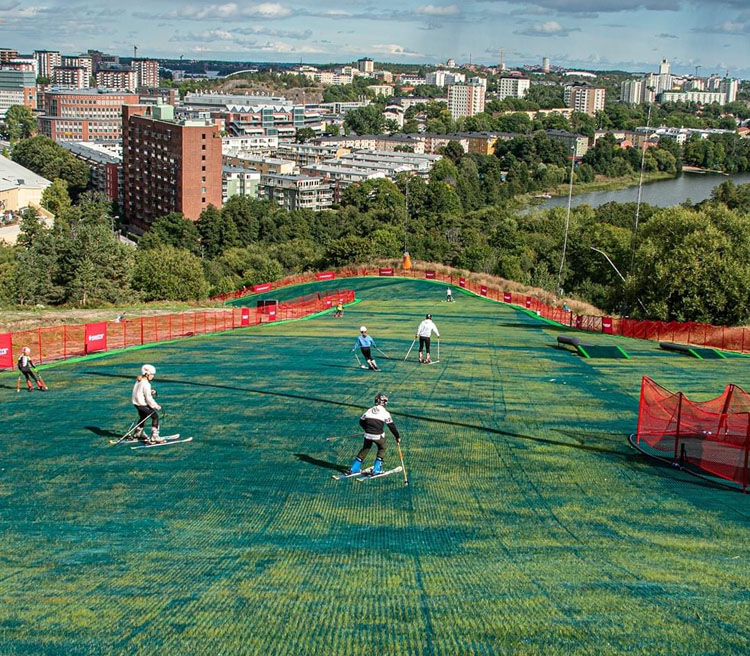 SKISTAR and NEVEPLAST united to bring skiing to the heart of Stockholm with an even more eco-friendly Neveplast  ski slope.

Together with SkiStar, the Scandinavian giant in the world of tourism, sport and entertainment, the company from Bergamo, has completed a ambitious project in the Swedish capital with 500 m ski slope built on the Hammarbybacken hill using NP30 FREESKI Sustainable, the innovative sustainable dry ski slope … looks like snow, on wich to ski all year round.

Served by a ski lift, the slope has a skiable surface of 9,000 m2 with variable slope so that it is suitable for both less experienced skiers and athletes in training. In the upper part of the track, a “SkiStar Snow Park” snowpark of about 1500 m2 has also been built with at least 10 figures including rails, jumps and boxes. Among the stars who have tested the snow park and ski slope: Jesper Tjader one of the world’s most famous freeskiers and Kristoffer Jakobsen, great athlete of the Swedish Ski World Cup team.

“Hammarbybacken Stockholm becomes our sixth destination, which means we can make the city a little more active and fun with exciting and inspiring attractions for anyone looking for the joy of movement and memorable experiences in the city centre. With this investment and thanks to our collaboration with Neveplast, we hope to be able to help more people to be active and at the same time enjoy the best views in Stockholm” Stefan Sjöstrand, CEO and Group Manager of SkiStar. 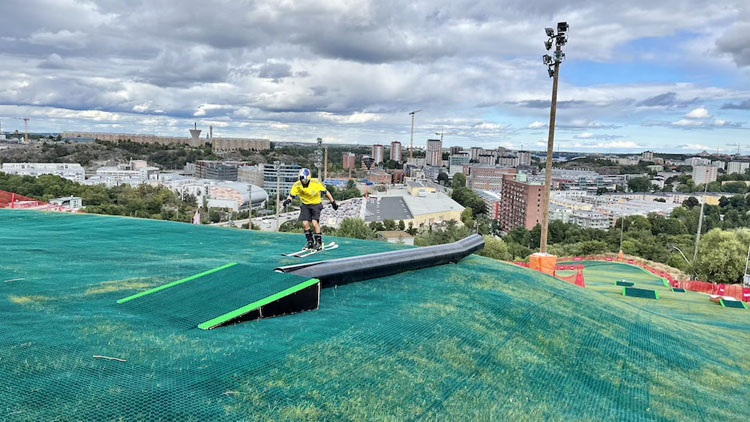 This is the name of the visionary project that brings “snow” to the heart of Stockholm and gives Swedes and tourists visiting the capital the dream of skiing all year round, even in the height of summer, on a Neveplast synthetic ski slope about 500 m long made of a sustainable and recycled product.

It is a SkiStar project. SkiStar is a Swedish giant specialised in the management of ski facilities, tourism and entertainment and owner of some of the most renowned ski resorts in Sweden and Norway: Are, Salen, Trysil, Hemsedal and Vemdalen.

The investment in the  Stockholm capital aims to double the number of days of skiing per year in Sweden, thanks to summer skiing and thus contribute to achieving the SkiStar sustainability goal of seven million days of skiing and sporting activity by 2030.

An ambitious goal that led SkisSar to involve Neveplast, a Bergamo-based leading company in the production of ski slopes made of plastic material, as the main player in the project. Thanks to significant research and development work the Bergamo factory, which also matured during the forced stoppage covid period, developed the ski slope with an ad hoc product that is even more performing from the point of view of skiing and in line with expectations and the environmental protection required by the Swedes, who are increasingly masters of sustainable innovation, digital technology and the well-being of the country’s inhabitants.

The SkiStar Summer ski slope is made of SUSTAINABLE NP30 FREESKI.

After testing other materials around the world, the Skistar representatives were especially impressed by the characteristics of NP30 FREESKI, the latest addition to the Neveplast range that enhances the skills of skiers and riders of all levels.

However, in addition to these characteristics, there was one that was particularly dear to SKISTAR: the product necessarily had to be sustainable and respond to high standards of technology applied to environmental protection.

Urged on by the request of the Swedish clients, the Bergamo-based company,which is always very attentive to environmental issues, developed an ad hoc product for the Stockholm project called NP30 FREESKI SUSTAINABLE, raising the bar even more in terms of sustainability.

In April 2022, the NP30 FREESKI SUSTAINABLE product obtained the important ISCC PLUS (International Sustainability & Carbon Certification) certification. An important milestone that meant a further step for Neveplast towards respect for the territory and the environmental community. 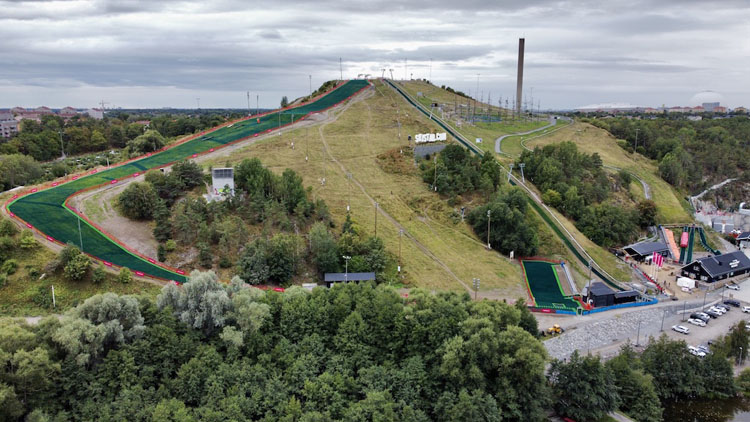 On 24 June 2022 saw the inauguration of the Hammarbybacken Sport & Adventures sports and entertainment project: a sports and amusement park that aims to stimulate social interaction through physical activity and fun with all the associated benefits of exercise that improve your mood.

The best part of the layout designed for entertainment is the Neveplast tubing centre composed of Skistar Mountain Tube with two 50 m long straight tracks and a track with a parabolic curve to make the tubing adventure even more exciting and lively which, by now it is clear, is agreeable to the whole family. One of the two straight tracks also has a customised SKISTAR tunnel which makes the experience of descending aboard the ski ringseven more suggestive and inclusive.

The tubing track is served by a treadmill supplied by SUNKID, Neveplast partner in many projects around the world. 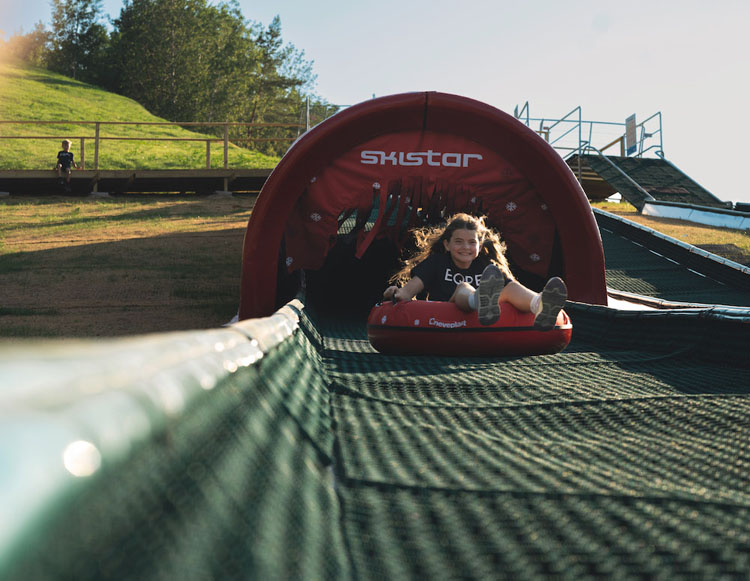 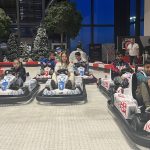 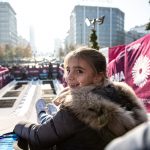 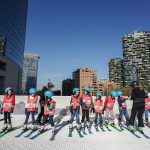 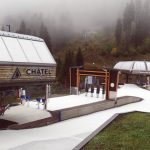